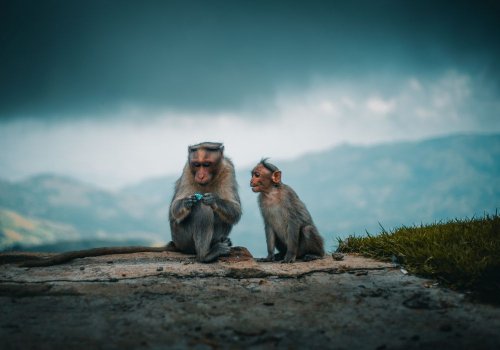 Read the Introduction here, Part 2 here and Part 3 here, to make sure you follow along in the right sequence.

In the previous part, I mentioned children learn how to eat a particular food by touching, smelling, looking, grabbing and putting them in and out of their mouths. They also use their sense of hearing to evaluate what goes on in their environment at mealtimes.

These might sound like they can only refer to the mechanical aspect of things. A baby just starting on solids might show this behaviour more clearly than a 3 year old. However, both of them are learning: the baby has just discovered other foods rather than breastmilk, while the preschooler learns about taste, new foods maybe and what goes with what foods. They both follow the same mechanics, but for different reasons.

Let’s have a look at how children use their sight when learning how to eat.

They are using their eyes to notice and observe. This is a way to record information at mealtimes and take decisions of whether to eat what’s in front of them or not (remember, this is their job, not yours, to decide: see part 2 – Mindset).

But what do they look at?

At first, I fell into the trap of thinking

Have never been a food stylist and wasn’t going to become one overnight.

I did my best, but I started to think that, with food, it is best for kids to get used to it in as close to its natural state as possible, not turned into an animal shape or something.

Or worse, hiding veggies everywhere just to get them to eat them. Hiding is basically mistrust and I didn’t feel comfortable doing that. Long term, it is not something that benefits them anyway. You won’t be styling their food until they’re 18.

But I discovered there was something more powerful than fun and pretty food plates.

Those things could help with a certain part of some kids’ “food story”, but there was something far more influential than that and far more universally applicable.

The power of example.

Children also look at us and take our example as a way to do things at mealtimes.

They watch us eat. If we eat it, and enjoy it, they assume, “someday I will eat that, too.”

The key here is someday. Not necessarily today, tomorrow, or even next week.

When this finally crossed my mind, I also realised I wasn’t doing enough when it comes to eating the same foods as them, consistently and without giving up.

I wasn’t role modelling the behaviour I wanted to see in my kids going forward. 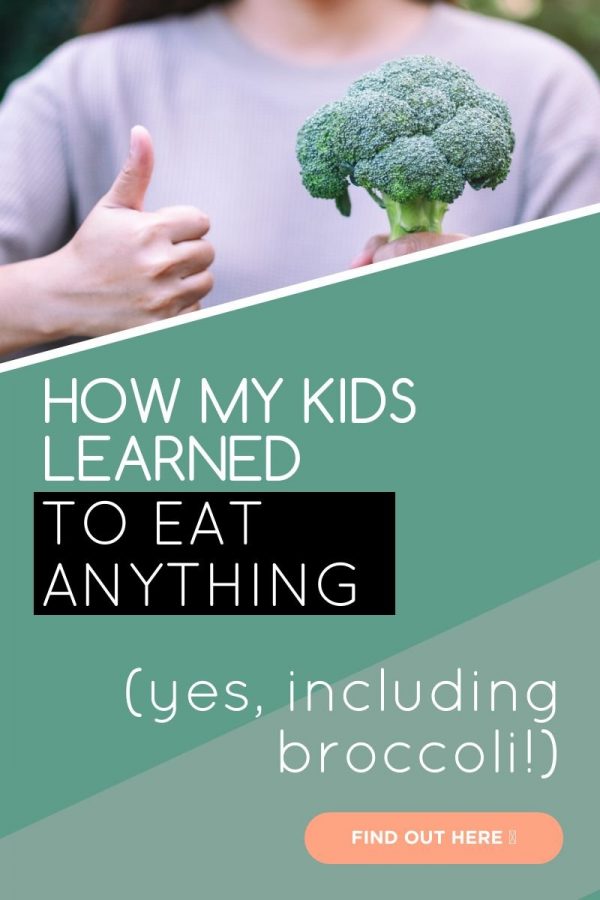 For me, broccoli was never on my shopping list. I only bought it when it was on offer or discounted. Sometimes I would buy it with a yellow sticker because I didn’t want it to go to waste (a yellow sticker here in the UK means that particular item’s use by date was that day).

I wasn’t eating it with them whenever we had it at a meal and I certainly didn’t enjoy it because for me it didn’t taste right. That’s something I will talk about later though.

So for things to start going in the right direction, I had to change my eating habits.

And I think most parents fail at this stage, thinking that somehow by some miracle, their kids will learn how to eat by themselves and enjoy food automatically, by default.

It doesn’t work that way.

They look at you and watch what you’re doing. If you’re eating something, it means it’s safe for them to eat it too. 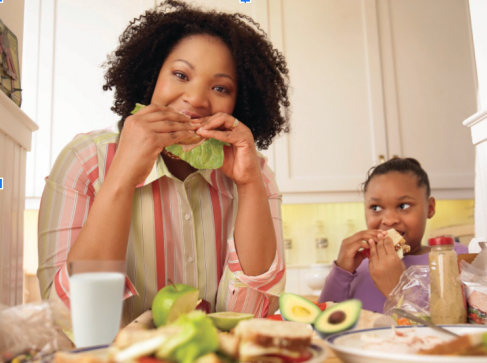 Sometimes, it doesn’t even have to be you the one who is modelling a positive behaviour.

I noticed how both of my kids influence each other’s eating during mealtimes. If one of them tries something, the other one might jump in to say “I want that too” after previously not giving it a thought at all.

I don’t want to say have more than two kids so that they help each other learn to eat, but it’s one of those things that is a privilege if you do decide to have more than one child.

So, are you modelling a good behaviour or a bad one? Think about it and decide what you want to do next.

Nobody said feeding your child is going to be effortless and without sacrifices. It’s time we understood that.

Let’s talk about what other efforts I had to make to address the other steps in the learning process.